Ava and Cameron Morris had lived at number twenty seven Mellinson Drive for fifteen years. Their youngest child, Alice had just left for university and they decided it was time to move out of London and return to the Buckinghamshire countryside, where they had both grown up. In their younger years both Ava and Cameron had adored the city lifestyle, the fast pace and endless opportunities were intoxicating to the two, self-proclaimed country bumpkins. However, now that they had both grown older, they yearned for long walks in nature and cosy dinners at the local pub; for sprawling green pastures filled with grazing cattle and the smell of horse manure and freshly cut grass. Leaving behind their family home at Mellinson Drive was always going to be a wrench for them though and now that the day had arrived and the reality was truly setting in, Ava and Cameron were overcome with sadness. They had made so many fond memories there and moving out marked the end of a wonderful chapter in their lives.

It was the morning of their big move and Ava and Cameron were sitting in the living room waiting for the house clearance team to arrive. The living room had always been their favourite part of the house; it was so comfortable and cosy and was decorated in a bohemian-esque style, with bright coloured Moroccan rag rugs lining the wooden floorboards and a handsome plush sofa in the centre. They had spent many happy hours watching TV in front of the fire with their two dogs, Albert and Arnold lying next to them. Just as Ava began to get emotional, with tears pricking the back of her eyes, the door went; the house clearance team had arrived. She felt strangely relieved, as if this had put a necessary stop to any indulgence in her sadness and she collected herself, wiping her eyes and smoothing her dress down before inviting the house clearance team in.

The house clearance team brought a welcome cheeriness into the house with their smiling faces and keen enthusiasm to start the job. Ava explained that she had had to be incredibly disciplined when deciding what things she would take to their new country house because they were downsizing quite considerably. The house clearance team wasted little time and began organising various things into labelled boxes and placing them into their van. Before long, Terry, the director of the house clearance team started packing up the artwork on the living room wall. Once he had taken down a huge seascape painting, he noticed something strange about the wall beneath it. He examined the wall further, knocking on it while placing his ear next to the plaster and heard a hollow sound. Upon closer inspection and after several minutes of careful examination, Terry was convinced that there was another room behind the wall that had been sealed up many years before. He summoned the other members of the house clearance team and once they had seconded his theory, he called Ava to explain his findings.

“I think it might be worth knocking a bit of the wall through and seeing what’s behind there”, Benji, a more outspoken member of the house clearance team suggested. “We can always fill it in afterwards”, he continued.

Slowly the house clearance team chipped away at the wall and the suspense in the room was electric. Suddenly, a small chunk of the plaster gave way to reveal an entire room, fully furnished and decorated, that had been left untouched for decades. Everyone in the room gasped in shock. What other secrets lay behind this wall? 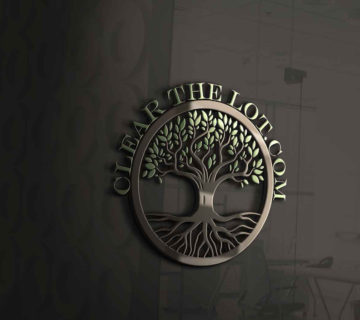